As Harry Kane finish off breaking his August goal drought in the 3-goal victory against Manchester United; Kvik still finds winning games in August difficult, and Saturday’s away game against Hitra at their home fortress would not be changing that. Prior to this match, Hitra had won all their home games this season and Kvik was eager to put a stop to this streak. 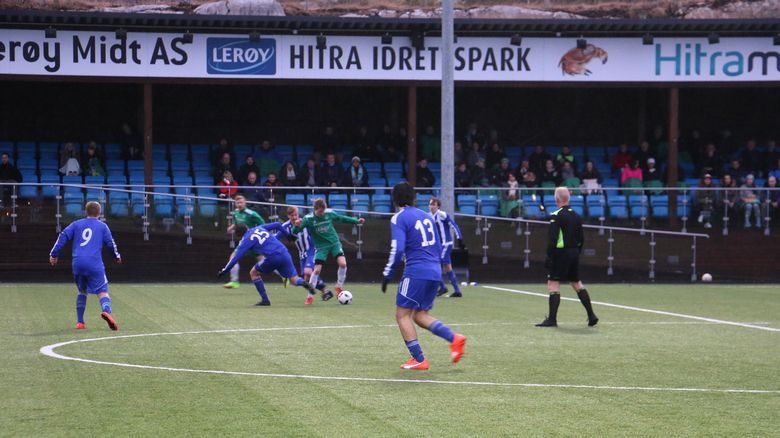 The game started OK with Kvik controlling possession of the ball. Hitra had troubles getting any type of play going, but after roughly 12 minutes one of the home team’s players got the strike of his life and scored a ‘Hail Mary’ goal from probably 35-40 meters out, if not more. Credit is due where credit is deserved - Nice “overblikk” by Hitra’s player! After Hitra’s goal, Kvik continued to keep possession of the ball without creating any clear-cut goal chances. The first half ended with Kvik having an opportunity or two that probably should have been taken advantage of in order to get level.

The second half started as the first half with Kvik controlling most of the ball. All this ball possession eventually paid off around the 60th minute with Even “El Toro” Kvalvær scoring a goal after a beautiful cross from the recently returned American, Gaute Gamnes - It has been said that the supporters from Hitra still have nightmares about this amazing cross which contributed to ending their winning streak at home.

After their goal, Kvik pushed forward and players like Svein “Hårfagre” Tinglum was put on in an attempt to get the winning goal. We have all heard rumors that Svein’s hair was used as a stand in for the ‘Mr. Melk’ commercials that played some years back, but he had forgotten that when you are playing soccer in rural areas it might be dangerous to have long, beautiful hair. We don’t know exactly what happened, but Hitra’s temperamental right back’s envy for Svein’s hair almost led to a fight at the end of the second half, which ended up with the right back being awarded a yellow card for his jealousy.

Kvik’s push to get a winning goal opened them up in defense which led to Hitra getting more into the game and getting some chances. We have been told that the Fishermen in the fjords around Hitra still hear the screams from Hitra’s head coach for a penalty after his striker tripped over his own feet inside the box. Towards the end of the game both teams had some chances that could have ended in goals, but neither of the teams was able to capture the win and the game thus ended in a 1-1 draw.

Like that of Manchester United, there has been talk of Simon “Mourinho” Evjen losing his job because of the recent results. At the end of the Hitra game, one could hear faint “Sacked in the morning” songs coming from the stands and I guess we have to wait and read tomorrows newspaper to know for sure. Regardless, the team has faith in Simon, and as Kvik’s captain, Vidar “The Rock” Tømmervik, would have been quoted if I made his quote for him, “You have got to shoot, otherwise you can’t score. We have faith in Simon and we will turn this around together!”.

Kvik’s next game is a home game at Rosenborg, 16:00 this Saturday, September 1st, against Røros. Røros currently sits in 9th place, 5 points behind Kvik at 7th and only 3 points above the relegation line which will definitively put some pressure on to get a win. Kvik on the other hand have 6 points up to 3rd place, and only 2 points up to 4th and looks to be hungry to start of September with a win. I can vouch for an amazing chocolate cake being served/sold at Kvik’s home games if you are interested in showing up and seeing some good soccer! As far as I know, the coffee has not disappointed yet either. See you then!